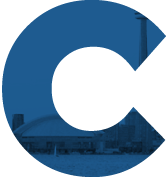 The 2014-2015 academic year marks the beginning of the newly developed emerging campuses leadership project. Hillel of Greater Toronto is looking for 1 or 2 excited students on each of the emerging campuses in Toronto who are interested in gaining leadership skills and engagement training in order to cultivate a Jewish community on their campus. Once the communities begin to emerge, students will have the opportunity to plan programs for their peers ranging from Israeli cooking classes, hearing from top Jewish business people share their career paths or running a trivia

If you are a student interested in getting involved on any of the emerging campuses, Elise Loterman, Director of Engagement, is excited to hear from you!

Get in touch with Elise now